How can you help someone having a Fentanyl overdose?

Fentanyl is a synthetic opioid, used to treat severe pain in patients who had recent surgery or suffer from advanced stages of cancer.

Due to its nature and relation with cancer and other chronic diseases, Fentanyl can be found legally as a prescription medication (commercial names include Actiq®, Duragesic®, and Sublimaze®). Fentanyl abuse has increased in the past years for its similar effects to heroin. Illegally, Fentanyl is mixed and distributed with other drugs like heroin and cocaine to increase the “euphoric” effect.

Our team of Specialists at Bio-One of Oceanside learned that pharmaceutical Fentanyl is 50 to 100 times more potent than morphine and, because illegal Fentanyl is often mixed with other opioids and drugs, it’s the reason fentanyl-related overdose cases and deaths have increased significantly in the U.S.

Bio-One of Oceanside is sharing the dangers of Fentanyl with the hope of informing the community about the increasing threat that is this drug and how can you immediately help someone if they’re having a fentanyl overdose. 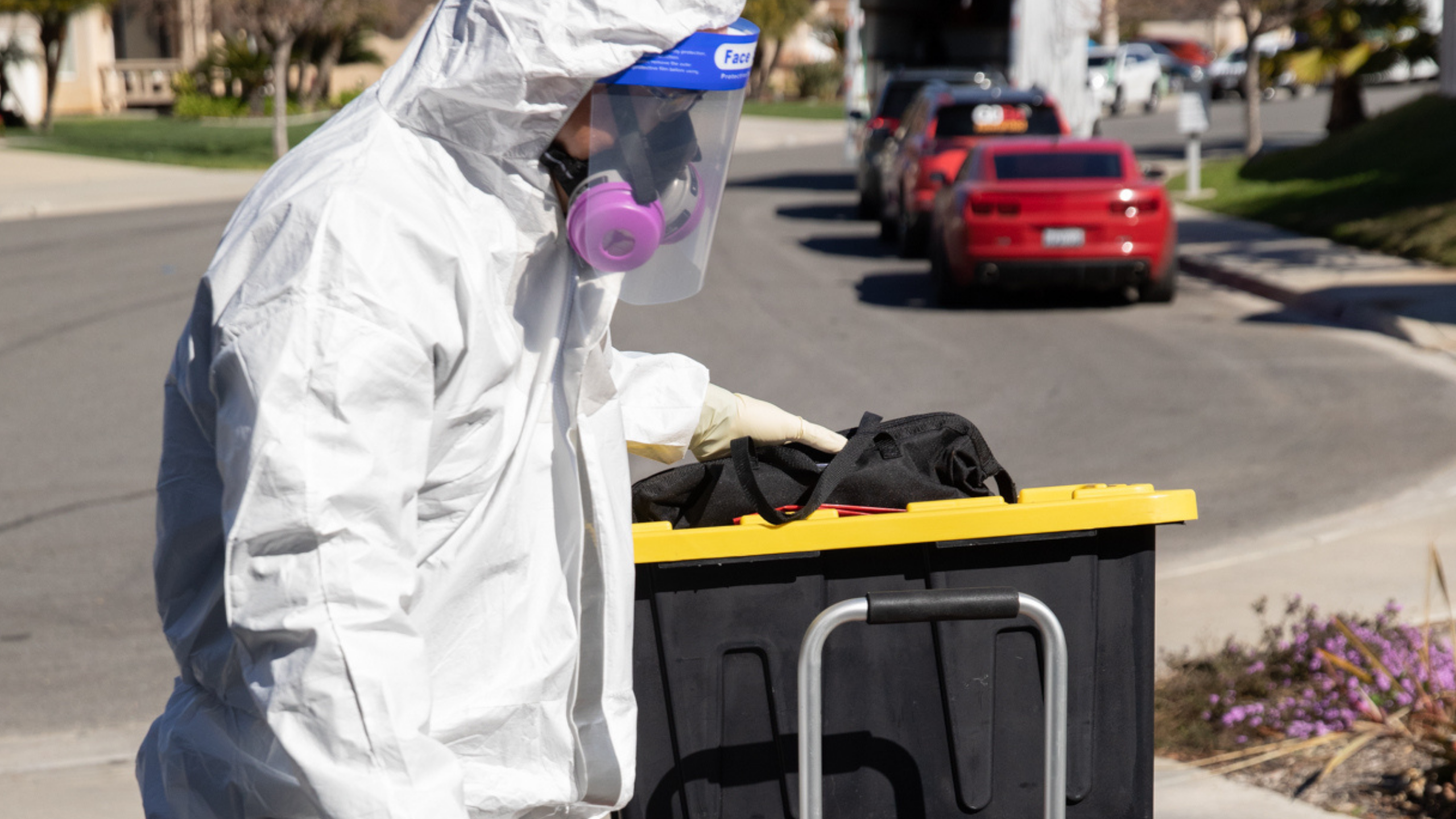 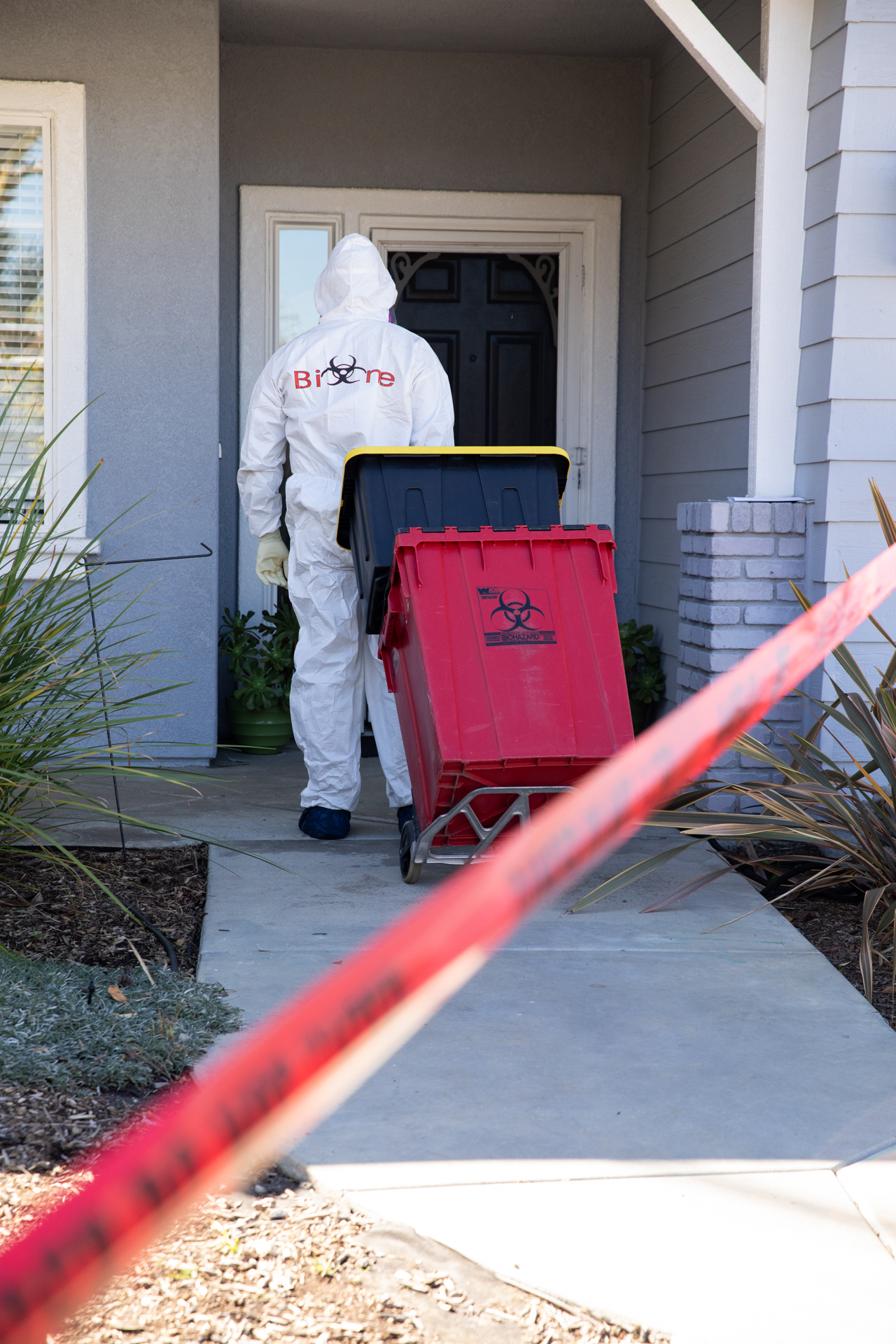 FENTANYL MIXED WITH OTHER DRUGS: A SILENT RISK OF OVERDOSE.

Pharmaceutical Fentanyl can be prescribed by doctors as shots, skin patches, or throat lozenges. Doctors will increase or decrease the dosage depending on the patient’s response within the first 72 hours of treatment.

Now, illegal fentanyl, which has been associated with abuse and overdose, is sold as a powder. It can also be found as nasal sprays, and even made into pills to look like other prescription medication and sold as another drug.

Drug dealers are mixing fentanyl with other opioids like heroin, cocaine, and methamphetamine. Since it takes very little to obtain effects from fentanyl, it represents a cheap option to create a higher drug volume. People might be using illegal fentanyl mixed with other drugs without their knowledge, and the consequences could be fatal.

Learn more about Fentanyl mixed with other drugs here.

Bio-One of Oceanside technicians follow strict protocols to properly remediate and sanitize areas from Fentanyl, whether it’s from needles and other biohazardous waste, or contaminated surfaces from airborneFentanyl.

NALOXONE IN CASE OF A FENTANYL OVERDOSE EMERGENCY

Public and community-based organizations are raising awareness on the importance of having Naloxone as a first-hand medication to treat opioid overdose.

Naloxone is a medication used to rapidly reverse the effects of opioid overdose. It’s effective in quickly restoring the breathing of a person who might be in a state of overdose.  While it’s not meant to treat opioid use disorder, Naloxone can be a life-saving medication for someone who is at a high risk of opioid overdose.

It can be given as a nasal spray or an injection into the muscle, skin, or veins. Commercial names include Narcan, Evzio, or Kloxxado.

Naloxone injections should be carried out by Professionals. It’s an FDA-approved form of administration meant for First responders and health professionals.

Naxolone Prepackaged Nasal Spray is the most suitable option for non-professionals who might need to use Naloxone in case of an emergency.

Regardless of which delivery method you have to use in case of an opioid overdose,  you should always receive proper training on how and when is the correct moment to use Naloxone.

At Bio-One of Oceanside, we recommend calling 911 immediately in the event of a fentanyl overdose. 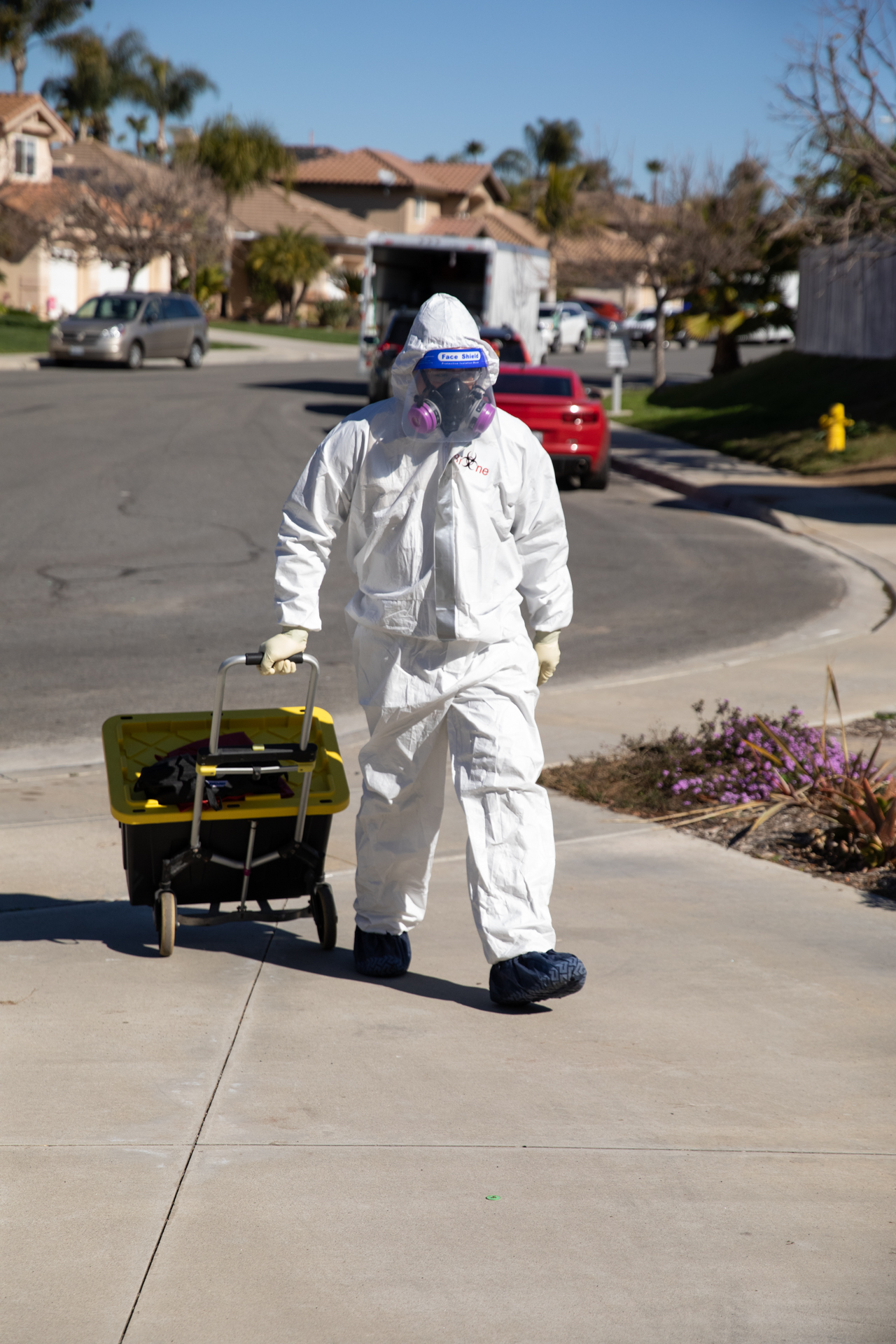 BIO-ONE IS HERE TO HELP

In the face of a Fentanyl overdose, assistance from Emergency responders can potentially save the life of the person suffering from it. Fentanyl has multiple routes of exposure: inhalation, oral exposure or ingestion, or skin contact. It’s imperative that you call 911 immediately, as they have the necessary training and PPE equipment to assist a person who might be on fentanyl overdose.

Our Team of Specialists at Bio-One of Oceanside specializes in cleaning and disinfecting any environments contaminated by fentanyl, whether it’s from airborne conditions or surfaces in the presence of it.

We will assist you with utmost care and compassion, making sure that the area returns to its original, pre-incident state. Following strict guidelines and protocols, Bio-One of Oceanside technicians guarantee a complete sanitizing solution for fentanyl-associated biohazards.

We also assist first responders in the process of decontaminating emergency vehicles. Bio-One of Oceanside specialists thoroughly clean and sanitize these vehicles to minimize any risk of exposure associated with bloodborne pathogens and other substances that are not visible to the eye.

We are proud members of the Southern California Rental Housing Association and the Carlsbad, Oceanside, and Vista Chambers of Commerce!

Do you want to get notifications from this site?